Home Holiday Top 10 Dutch Events to Look Out For
Holiday

Top 10 Dutch Events to Look Out For 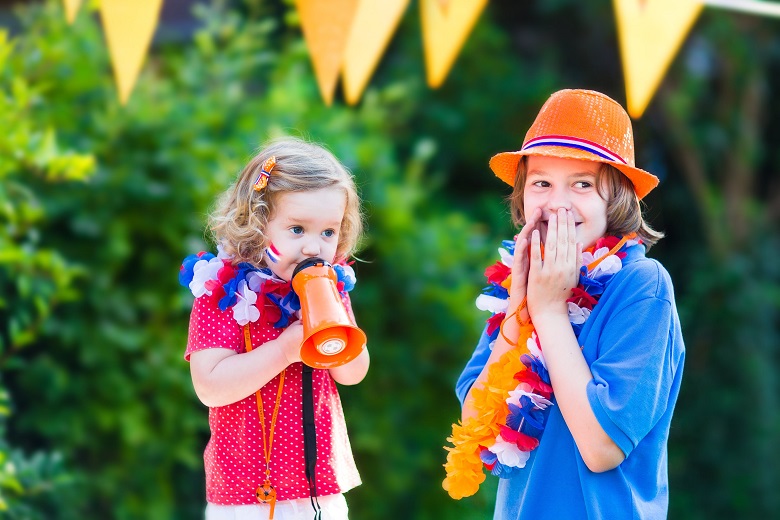 The Netherlands hosts some of the most quirky festivals and events that take place throughout the year. Whether it’s an ice cold swim on New Year’s Day or a street party for the King’s birthday, experiencing one of these typically Dutch events is an absolute must if you plan to visit Holland.

We have put together a list of ten of the best Dutch celebrations and festivals to look forward to in 2019. Click through to see why you need to visit the Netherlands this year.

On the first day of every year, Dutch people from all over the country decide to face the cold and go for a swim in the freezing North Sea. The most popular location where this Dutch tradition takes place is in Scheveningen where around 10,000 people plunge themselves into the sea for an ice cold dip. The tradition began in 60’s with only a few people partaking in the odd event but has since grown rapidly.  It has also become part of the practice to dive into the water with bright orange beanies which portray the ultimate Dutch experience. The chilly dive is then usually followed by a warming cup of pea soup. Book your New Year’s getaway now and challenge yourself to be a part of this odd practice!

If you haven’t already heard of King’s day or Queen’s day, depending on whose occupying the throne, you will not believe the levels that Dutch people go to for their monarchs. This year, the Dutch event takes place on the 27th of April which is the birthday of King Willem-Alexander. On this day the streets of the Netherlands are transformed into a sea of orange with people dressed in the brightest orange attire. This is accompanied with open-air music festivals, parades, street food and much more. One particular thing that stands out about King’s Day is the flea markets that take over the streets. If you happen to have clutter of things you don’t need anymore, then you can join one of the many people selling their items on the curbs and sidewalks. The royals also take it upon themselves to visit one particular town  each year and celebrate with the locals. A true celebration that you would not want to miss!

Most of us are familiar with carnival as Mardi Gras, traditionally celebrated in far-flung cities like New Orleans. However, the Netherlands puts on one of Europe’s most lively renditions of Mardi Gras. This Dutch celebration will take place from the 3rd to the 5th of March this year. Both Dutch people and tourists go all out to celebrate carnival and the further south you go, the more extreme the experience. The best part about it all is that you can dress up as whatever you want! Carnival in Maastricht is considered the largest celebration compared to all the southern cities and for good reason. Visit the city of Maastricht and expect outlandish outfits, extravagant floats, and plenty of hedonism. It’s always advised to show up to the carnival with a costume as everyone else is guaranteed to be wearing one! Another typical Dutch tradition during carnival is the sometimes overwhelming Dutch music that is played throughout the streets.

As a foreigner, this Dutch Christmas tradition may seem a little bit weird. Sinterklaas is a mythical figure based on Saint Nicholas, or as majority of the world knows him, Santa Claus. In the Netherlands, Sinterklaas has long white hair, a full matching beard, and a red cape. Sinterklaas is also said to come from Spain on a boat, after which he rides a white horse accompanied by his controversial helpers ‘Black Pete’. Altogether they hand out Dutch treats such as ‘pepernoten’ and chocolate letters to children and surrounding crowds. Dutch celebrations and festivals are certainly not what you are used to! Visit Holland and experience the unusual for yourself.

A post shared by Paleiskwartier Amsterdam (@paleiskwartieramsterdam) on Nov 18, 2018 at 6:37am PST

World famous for their amazing tulips, the Dutch put on the best show in March at the Keukenhof which is also known as the Garden of Europe. Each year, the Keukenhof opens its gardens with an inspired and innovative show of flowers, often in collaboration with famous Dutch artists. It is a unique combination of art and nature and visiting the Keukenhof when it opens between March and May is the best way to greet spring. Of course, tulips are a must-see during your Dutch holidays.

?One month ago we were buying last-minute gifts or cooking for our Christmas dinner and we did not have one minute for ourselves… ?Now that we do, what about booking your next trip with Great Explorations? . ?Our trip to Holland & Belgium will happen mid-June! Get ready! . #greatexplorations #exploreyourworld #tourbybike #wheretogonext #takecareofyourself #takesomevacation #activeholidays #instatravel #amsterdamtobruges #holland #belgium #amsterdam #bruges

The Netherlands is not only famous for its tulips, but also its windmills as you may already know. This is why they have National Mills Day which is dedicated to around 950 wind an watermills. The mills are decorated and opened up to the public for tours where you can learn more about the purpose of each mill. The millers also organize fun activities for children which is why the entire event is perfect for families. A trip to the Netherlands is not complete unless you have spotted a windmill or two! Renting bikes is a great way to discover all the mills as you can enjoy the scenery of the Dutch landscapes.

In the Netherlands, Remembrance day takes place every year on May 4th and exists to commemorate the soldiers and civilians who passed away during World War II, as well as other military missions. Although it may seem as a sombre Dutch holiday compared to the others mentioned above, the day after is celebrated with events such as open-air pop festivals to brighten up the mood.

Flag day doesn’t sound particularly exciting, but we promise you it becomes crowded with fishing boats and the surrounding restaurants serve the most delicious freshly-caught seafood that is sure to ignite your taste buds. So what is Flag Day all about? It is a special holiday in Holland to celebrate the arrival of Dutch herring in the harbour of Scheveningen. The fishing boats are all decorated with the Dutch flag as they head out to catch the herring. Many people also dress up in traditional Dutch attire and different activities and competitions for all ages are set up with concerts and performance taking place.

Amsterdam is famous for being one of Europe’s most liberal cities when it comes to the LGBTQ community. The countries’ social acceptance towards the community has increased over the years, hence the famous Amsterdam Pride Festival. Attracting thousands of visitors each year, the event flaunts over a hundred colourfully decorated boats and also exhibits many outdoor discos, theatre performances, and even film festivals. The event is also characterised by loud music and even louder clothing. The event takes place from the 27th of July until the 4th of August, contributing to a colourful summer.

The Dutch seem to have a thing for flowers with a second flower event that will take place on April 13th to 14th this year. The Flower Parade is quite famous around the world as more than a million visitors from different countries come to experience the magnificent flower sculptures. The parade route stretches out for distance of 42 km and starts off in the Keukenhof Boulevard, which then follows to the centre of Lisse, and finally ends in Haarlem. The flower installations are quite the site and suitable for all ages which is why it should be added to your list of places to visit in Holland.

Book your next holiday to Holland

Want to experience one of these unforgettable Dutch events? Have a look at our selection of holiday parks in the Netherlands that are guaranteed to give you a great experience while you visit Holland.

The Best Roompot Parks To Visit

Fun Things to do with Kids in...

10 Reasons the Netherlands Makes for an...