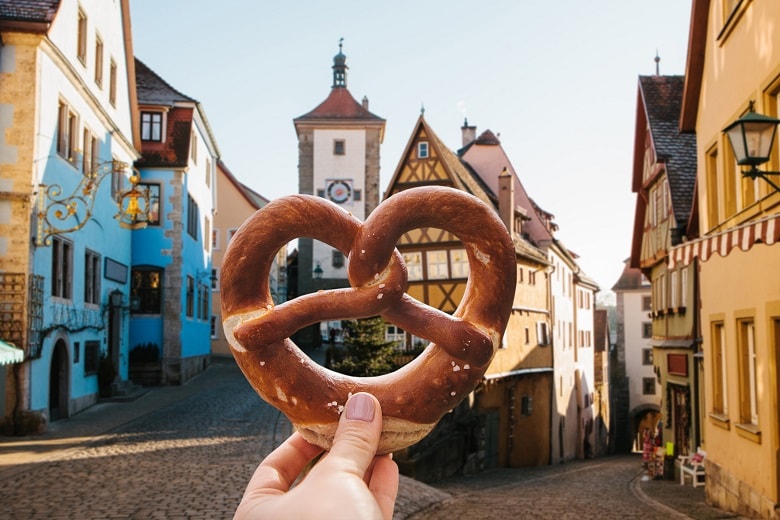 As travel specialists, we always want to be at the top of our game when it comes to the best holiday destinations in Europe. For that reason, we decided to consult an expert on one of our favourite destinations in Germany: Bavaria! Emma Raphael is originally from the UK and has been globetrotting and blog writing ever since she settled in Copenhagen in 2009. Now residing in Munich, Emma writes a fantastic blog about family travel, foodie adventures and Europe’s hotspots. Emma has been kind enough to treat us to a post about the highlights of Germany’s biggest state, Bavaria. Enjoy!

Think of Bavaria and plenty of images spring to mind – most of them usually involving picturesque fairy tale castles, the annual spectacle of the World’s largest beer festival, and pretzels. I will always associate Bavaria with its beautiful large doughy pretzels – or Brezen as they are known in these parts!

Whilst all of the above images actually exist, there is so much more to the biggest state in Germany. It has to be one of the most perfect holiday destinations for those looking for something a little different, so book some flights and come and explore some of its (almost) 30,000 square miles.

You could start off with a little Romantic Road exploration perhaps – a clever idea dreamt up by post-war tourist boards – but with its beautiful (and delightfully named) towns (starting at Würzburg and ending up at Neuschwanstein some 343 kilometres later), it is most definitely worth a pilgrimage. Stop to climb the church tower in Dinkelsbühl, visit the Golden Room in Augsburg’s City Hall, or take a tour of Rothenburg ob der Tauber with the Night Watchman.  Then, of course, you have to pay homage to perhaps the most famous castle of them all at the last point on the map – the road’s your oyster! 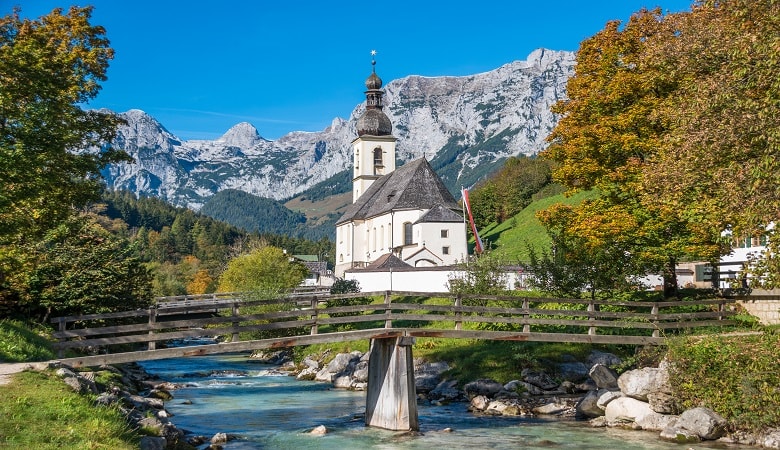 Perhaps one of the bigger cities takes your fancy? Head to historic Nuremberg to sample the eponymous Bratwurst in Bavaria’s second largest city, float down the Danube on a river tour in Regensburg, and of course no visit to Bavaria is complete without a visit to its cosmopolitan capital – Munich!  Where else can you admire the musical talents of an oompah band in one of its famous beer halls on a morning, and appreciate a spot of world-class art of an afternoon (actually it might be better if you do that the other way around!)?

Maybe you’re not looking for a city break and are seeking something a little closer to nature?  Then you’ve still come to the right place – Bavaria has some of the most stunning countrysides, and a lot of it with the magnificent Alps as a backdrop – the foothills stretch out for miles, with countless hikes and bike trails to enjoy, there are plenty of crystal clear lakes to swim in and traditional beer gardens to relax in after a full day of exertion… Pop to beautiful Berchtesgaden for some stunning alpine views then on to Königssee for a prime example of how clear a lake should really be.   If you want to see it from above, then a climb to the top of The Eagle’s Nest is well worth it (there’s a beer garden up there too!) to catch a little glimpse of Himmel (heaven) in the Bavarian blue skies (the blue of the sky and the white of the clouds here is reflected in the Bavarian flag by the way, which you will see everywhere)!

Traditions feature very highly in Bavaria, you will see more people than you might expect in traditional dress, and the changing seasons bring plenty of celebrations and opportunities to wear it (usually involving beer). Examples such as the Spring Festivals (Frühlingsfest), and Mai Fests, and of course later in the year, the biggest beer festival in the world Oktoberfest with its two-week revelry.  Then a few weeks after that, the infamous Christmas Markets begin, which will have you harking back to Christmas’s past and stuffing your face with treats at the same time.

It could be said that Bavaria is a little “less German” than you might expect in a lot of ways, its climate, for example, can feel positively Mediterranean in the summer months – it is, after all, closer to Venice than Berlin!   And come the winter, the Bavarian Alps come into their own with all manner of snow sports to indulge in. You can even sleep at the top of Germany’s tallest mountain in an igloo if you’re feeling brave enough!

If you are visiting for a family holiday, it’s definitely one of the most child-friendly places I have yet to come across in my entirety of globe gallivanting. Whilst grown-ups might get the odd telling off from time to time (never cross the road unless the green man is flashing!) Bavarians always have a kind word and a smile for children, and quite often a packet of Haribo!! Children also love Bavaria as there’s so much for them to do.  Head to the mountains for a day’s skiing in the winter, or chuck them down a mountainside on a Sommer rodelbahn (sledge on wheels) in the summer months. And if all the lake swimming and bike riding isn’t enough to keep your offspring happy, then there are a few man-made amusements that might, including Legoland, Playmobil Land (where you can build your own person!) and Therme Erding, one of Europe’s largest thermal baths housing a veritable spaghetti of water slides.

With its world-class scenery, its decent food (beer’s classed as food here!) and beautiful nature, you would be hard pressed to think of another location that really does offer as much as Bavaria.  What are you waiting for? 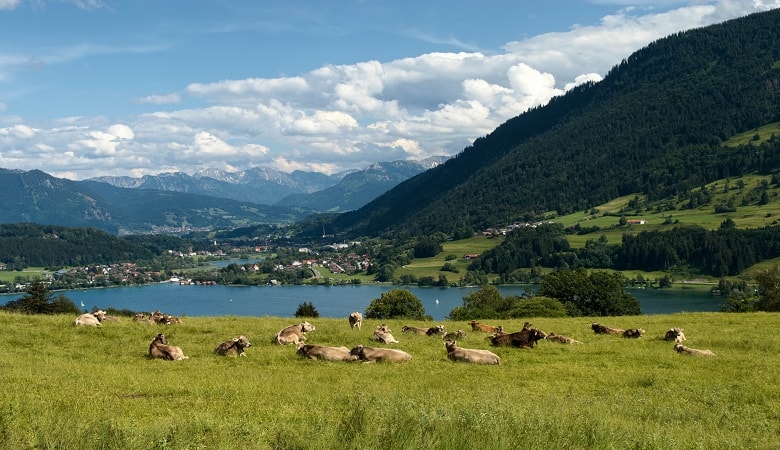 Convinced? Have a look at our holiday parks in Bavaria.

The Best Glamping Destinations in France

The top 12 destinations for a beach...

Unique Things to do in Berlin